Become a Contributor!
By Julian on June 21, 2016 Branding, Tournaments

The football world was laughing and kit supplier Puma was embarrassed. In their match at the Euros 2016 against France no less than six Swiss players had to change their shirts which were literally shredded to pieces or at least featured a number of holes. As a result, Puma will have to work hard to convince football fans around the world of the quality of their product.

Football fans in front of their TVs were surprised and amused as Embolo, Schär, Behrami, Xhaka (2x!), Dzemaili and Mehmedi all had to change their torn Puma shirts for new ones. 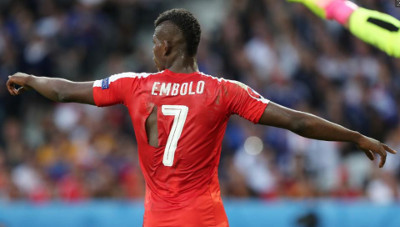 Breel Embolo’s shirt with a hole 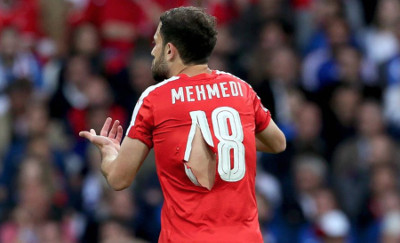 Mehmedi with his damaged Puma shirt

After the match the Swiss players themselves took it with humor. Switzerland-Star Xherdan Shaqiri told the TV station SRF: “Hopefully Puma will not start producing condoms”.

In the same way many jokes were made all over social media. Here’s a best off:

The Swiss shirt manufacturer has revealed their inspiration for tonight's jersey: pic.twitter.com/v2RWNpBCtd

My bet: someone gets fired at #puma before sunrise. #SUIFRA pic.twitter.com/sAk7S64Z0C

Tomas’ comment was probably not so far from the truth.

Right after the match, Puma initiated an internal investigation on what might have caused the problem. The answer was found promptly: faulty fabric. Apparently the Swiss kit was part of a faulty batch of material produced in Turkey where the yarn was damaged during production. This had led to a weakening of the finished jersey fabric.

Kerstin Neuber, Head of Corporate Communications at Puma quickly assured that such a case will not occur again during the Euro 2016 tournament. “Our five sponsored Puma teams have previously played ten games without this issue occurring”. According to him the other teams were not affected as the defective fabric had been “used in a small number of Swiss home jerseys” only.

As one can imagine, the press raised a number of questions directly after the match about how the error could have occurred. The coach of the team, Vladimir Petkovic, reacted annoyed to such questions by asking the reporter: “Do you work for Nike?”.  The Swiss Football Association president, Peter Gillieron, also sided with the kit supplier stating that “for a jersey to break, it always needs someone to pull it, and this is known to be prohibited.”

Even though the Puma and the Swiss Football Association tried to control the damage, the image of Puma took a three-fold hit that night:

It will be interesting to see now how Puma will communicate in the coming days and weeks. Another scandal like this could thoroughly shatter the image of a brand that tries to be perceived as premium as its close competitors Nike, Adidas and Under Armour.

On a side note: Puma’s competitor Adidas, which equips the most teams at the Euros 2016 (9), before Nike (6) and Puma (5), also didn’t have a calm night: the official match ball ‘Beau Jeu’ popped in the same match under pressure in a challenge. It had to be replaced, too.