Creativity and originality are essential components of football shirt design, but this successful industry already reached a point where ground-breaking ideas are rare. There are only so many things you can do with a football shirt design without going over the line. After unlimited experimentation with colors, lettering size and position, collars, pockets and countless other elements, we are at a point at which something truly different must involve the very fabric from which the shirts are made. And that’s exactly what manufacturers are doing right now. An extreme example is Hummel which takes the design of football shirts a step further than Adidas, Nike and Puma by launching a special series of rubber-made shirts for the Norwegian club SK Brann.

In 2015, players from SK Brann wear these red, long-sleeved shirts at home matches – which are often played in rain or even snow. To counter the adverse conditions, Hummel developed the shirts made of light rubber that should help keep the players warm and dry throughout the game. 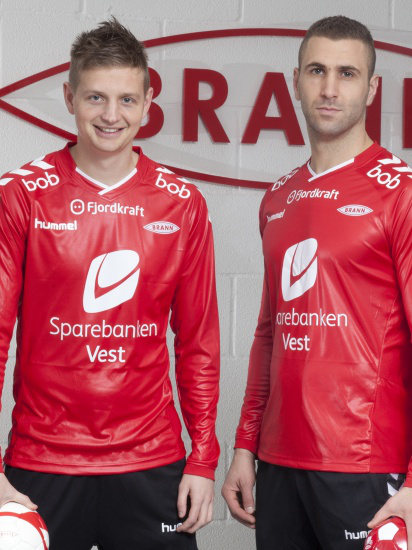 The shirts look almost like what you would expect from normal football wear, but are different when you pause for a second to spot the reflection. Former Norwegian champions SK Brann who now compete in the second tier say the idea for reflective touch on the shirt came from scenery in their home stadium, where floodlights are reflecting on the drizzly air and grass field. However, if the idea proves to be practical for playing in severe conditions, some of the big-name clubs from Northern Europe could consider such kind of football shirts in the future, too.

Of course, adjusting shirts to climatic conditions is not exactly a new idea. Cameroon national team surprised the football world by unveiling a radical sleeveless shirt design in 2002, wearing the gear on official games and even winning African Cup of Nations with them. 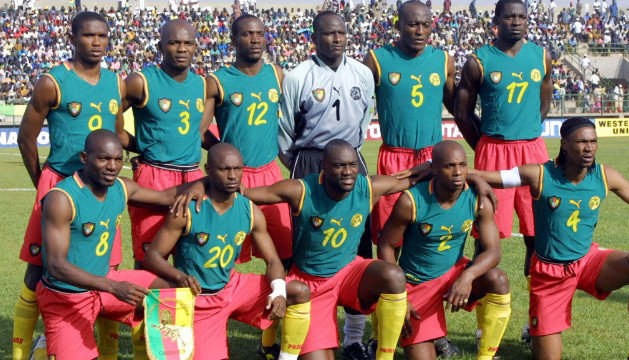 However, the FIFA put afterwards a stop to this fashion experiment and banned sleeveless shirt design from the World Cup, forcing Cameroon to revert to a more traditional format. In any case, this experiment remains one of the most inspiring design stories in football and has largely prepared the public for what Hummel is doing now.

Trade-off between performance and design

Even though it is hard to imagine that a World Cup could be held in such a cold place to warrant Hummel-like rubber shirts, modern technology is certainly playing a role in the adaptation of shirts to local climate. At the latest World Cup in Brazil, top manufacturers such as Puma and Adidas were very much concerned with heat and the football kit design revealed this concern. “The concept behind the new jerseys is simple – enabling the players to play in the heat in Brazil, whilst not letting it affect their performance” explained Puma representative Rajiv Mehta.

To find the right balance between performance and design will always be a challenge for manufacturers. When referring to the design of Hummel’s SK Brann shirt, the public opinion will probably vary from ‘masterpiece’ to ‘hall of shame’. Yet the performance aspect cannot be denied.

Overall, until today, a lot of interesting ideas have been realized by football gear manufacturers and one can only look positively forward to what the future football shirts will look like.

Did you know? Real Madrid and Manchester United have each sold around 1.5 million fan shirts over the past 5 years, totaling a staggering amount of 15 million football shirts. This would be more than enough to dress up entire Norway and Sweden.