Become a Contributor!
By Julian on November 19, 2015 Branding, Design

The Football League, founded in 1888 and therefore the oldest football league in the world, will be renamed for the 2016/17 season to the “English Football League”. The name change will be accompanied by a new logo.

Being renamed the ‘English Football League’, the new title, which will come into use at the conclusion of the current season and ahead of the 2016/17 campaign, will be shortened to ‘EFL’ for everyday use across the game.

As part of a comprehensive corporate and competition re-branding, the EFL name will be accompanied by a new visual identity. 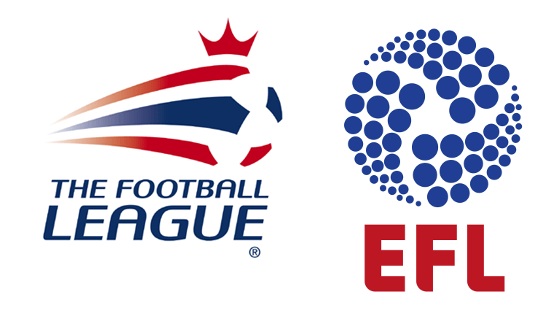 The new logo will feature a dynamic circular arrangement of 72 balls in three swathes of 24, representing each of the League’s member clubs and the respective divisions they play in. It is just the fourth logo in the 127 year history of the league and, for the first time, each club will be presented with its own bespoke version in its individual playing colours for it to retain in perpetuity.

“We believe the EFL name and brand will give our competitions an identity that is new and distinct, while at the same time retaining our unique heritage. As such, it will be something that all fans can identify with – whether they be young or old, at home or abroad.

The introduction of the EFL name follows a thorough process of consultation that included detailed surveys, interviews and focus groups with clubs, stakeholders, commercial partners and more than 18,000 football supporters.

“Why mess with a brand that clearly works?”

Despite all consultation in the running-up to the re-branding, there remain critical voices. For example, one that has heavily criticized the renaming of The Football League is Tim Hartley, the Supporters’ Trust chairman of Newport and Cardiff.

“It’s a little bit insulting that both Welsh clubs will be classed as English.” […] “The Football League had status, we knew what it meant – why mess with a brand that clearly works?”

Other critics state that the name change and resulting abbreviation ‘EFL’ are too close to the name for which the Premier League is widely called outside Europe: the ‘EPL’.

Re-branding for a wider appeal of the English Football League

Against all criticism, one can see the great marketing idea behind the modernisation of the brand – to appeal to a broader global audience. Shaun Harvey puts it right when stating the following:

“In an increasingly challenging global sports market, it is absolutely essential that sports properties can project a modern identity that not only resonates with their regular audience but is also easily recognisable to a broader audience of potential fans, viewers and commercial partners.”

It is highly likely indeed that the new logo and shortened name will resonate very well among today’s consumers and business partners placing attention to sleek design and sound abbreviations.

Did you know? The Football League was the top-level football league in England from its foundation in the 19th century until 1992, when the top 22 clubs split away to form the Premier League.