Become a Contributor!
By Ivan on November 11, 2015 Sponsoring

With the retirement of Abby Wambach women’s football is losing a great player. However, especially due to Wambach’s engagement, the sport is as popular as never before and has a bright future ahead. Marketers should not miss out on this big opportunity.

A manifesto for women’s football

She is hanging up her cleats at the end of this season and her retirement speech resembles a manifesto for sport. The living legend of women’s football is sure that the sport “can change the world and actually make it a better place”.

As the leading voice of women’s sports in the United States, Abby Wambach is convinced that it would be a smart business decision to invest in it due to its growth potential in the future. Fully aware of her position as a role model, she stated the following:

The appropriate stage for her swan song had been the last Women’s World Cup, the only trophy missing in her collection.

The FIFA Women’s World Cup 2015 has come to an end with a record attendance of more than 1.35 million visitors, averaging more than 26,000 people per game. Even more impressive is the fact that the Women’s World Cup Final was the most-watched soccer game in United States history (!) with a viewership of 25.4 million people.

Other remarkable results can be found in digital, where the FIFA.com’s dedicated Women’s World Cup section attracted more than 20 million unique visitors. Further, the Women’s World Cup saw a huge spike in interest on social media, confirmed by more than 215,000 followers on Twitter, over 750,000 fans on Facebook and 1.4 million on Instagram.

Looking at the FIFA Women’s World Cup figures above, one has to admit that this year’s football competition has shown something more than just a potential. We are becoming witnesses of the rise of an entire movement. The interest in women’s sports is rising and pros such as Abby Wambach will do their best to keep it growing.

Women’s football’s success is no longer confined only to the football pitch; its popularity is expanding to other areas and continues to reach unprecedented peaks. 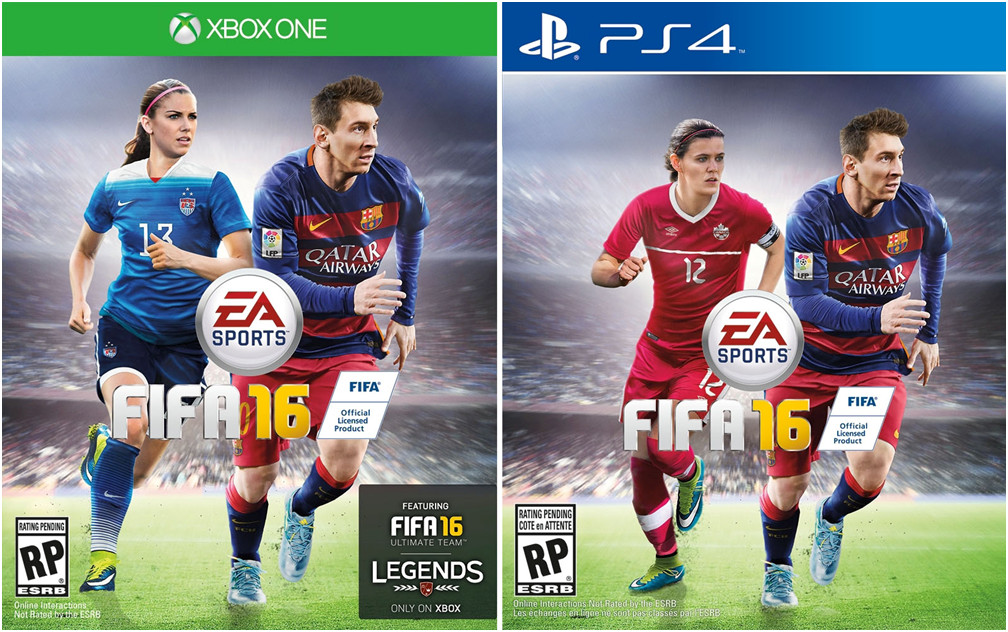 It was announced not long ago that U.S. soccer star Alex Morgan and the captain of the Canadian national team, Christine Sinclair, have joined Leo Messi on the cover of EA’s FIFA 16 cover. This is a first time ever for women’s football to be included in the virtual game and signals a very important breakthrough for both football and its industry.

Moreover, the Sports Illustrated dedicated its July cover to the champions of the 2015 Women’s World Cup. Each player of the team as well as head coach Jill Ellis were appearing on the front of the magazine, leading to a total of 25 different covers. This can be counted as a big step for the magazine, considering that its covers are normally populated by women in bikinis.

Now’s the time to invest in women’s football

Looking at how many people were following the Women’s World Cup this year on TV, the Web or in the stadiums, it should not take too long for brands to realize the potential of the sport. To not consider sponsorship agreements and a dedicated advertising budget for women’s football means to miss out on a big number of brand impressions and new clients.

Abby Wambach is right: there’s a lot more to do, but the situation is very promising. Probably this is the best moment to seize the day and help growing women’s football.

Did you know? The prize money for the 2015 Women’s World Cup has been set at $15 million, with the winning team receiving $2 million. The winner of the men’s 2014 World Cup (Germany) was awarded $35 million.