Become a Contributor!
By Julian on May 27, 2014 Advertising, Sponsoring

Casa do Zezinho is a non-governmental organisation (NGO) that offers education to over 1.200 underprivileged children aged 6 to 29 years. Like all charitable institutions they rely on donations to operate on a daily basis. In order to raise awareness for their cause and to improve the stream of donations, Casa do Zezinho teamed up with the creative agency Almap BBDO which came up with the following formula:

So how did they do it? Casa do Zezinho joined forces with São Paulo, one of Brasil’s most important football clubs and replaced during a league match the players’ numbers with mathematical problems. 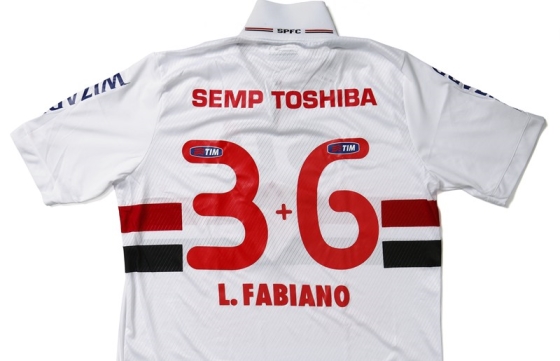 Replacement of Fabiano’s number with a math equation

Education stepped on the field, live in front of millions of people and spectators had to look twice to find their favourite player who did not wear the number ‘9’ anymore but ‘3+6’ instead. Please click below to see a video of this master piece of football marketing:

Besides raising awareness for the charity, after the match, the shirts worn by the players were auctioned on the internet and all the money raised went to Casa do Zezinho.