Become a Contributor!
By Julian on December 28, 2014 Sponsoring

Sony, Emirates, Coca-Cola and Adidas spearhead a group of FIFA sponsors dissatisfied with the way football’s governing body is handling the allegations of bribery.

Internal investigation regarding corruption in the selection process for the 2018 World Cup (Russia) and especially 2022 World Cup (Qatar) discovered no traces of wrongdoing, but such a report did not sit well with tier-one sponsors. 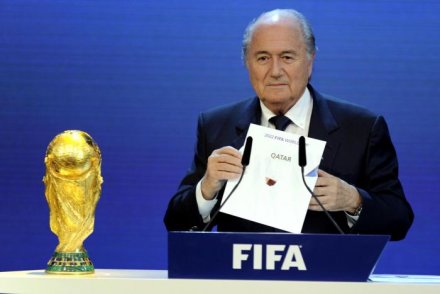 After several big-name companies expressed their concerns through public statements, Sony and Emirates decided to take matters a step further and declined to extend their contracts with the FIFA beyond the current year.

Sony, the leading Japanese high-tech brand, was an official FIFA sponsor for the past 8 years, contributing around $280 million during that time period. Even if the company did not publically announce reasons for its decision to terminate the collaboration beyond 2014, according to anonymous insider sources, the company wants to dissociate itself from the ongoing crises that shook the FIFA over the previous couple of months. Likewise, the largest international airline in the world, Emirates, decided to pull its support and break off a relationship with the FIFA that started in 2006, publically claiming the move is not related to the bribery scandal. Other sponsors such as Visa, Coca-Cola and Adidas are demanding that the corruption has to be investigated in a thorough and uncompromising manner.

Who will replace Sony and Emirates?

While the FIFA largely deflected public scrutiny and weathered the current crises while remaining tight-lipped about all details, the leave of some of the main sponsors will be felt on the bottom line as the international body is collecting around $350 million annually from its corporate partners. It is possible that other companies might replace Sony and Emirates soon (Samsung and Qatar Airways are mentioned as notable candidates), but there is no doubt that reputation of the global football association has taken a serious hit. Despite concerns about the negative publicity surrounding the bidding process, Adidas, which also sponsored 9 teams in the latest World Cup in Brazil, recently signed an extension of its sponsorship contract that will run through 2030.

“Due to the ongoing negotiations, we cannot give any further information about future partners in this category at this stage,” FIFA spokeswoman Delia Fischer said in a clear reflection of the present uncertainty regarding its sponsorings.

Are reforms on the horizon?

The association’s evident lack of transparency and inadequate monitoring procedure has been a subject of criticism for a while, but the latest accusations threaten to discredit the entire system and alienate fans. The initial investigation concluded there was inconclusive evidence to call off the decision to award the World Cup to Qatar, but the FIFA recently filed charges against involved officials through the Swiss legal system. With the presidential election coming up next year where long-time FIFA leader Sepp Blatter will be challenged by Jerome Champagne, the time might be right to discuss reforms on a deeper level. The external pressure from corporate partners could provide a stronger motivation for changes.

Did you know? The FIFA earned $4 billion from 2011 to 2014, with around 40% coming from sponsorship, advertising and ticket sales?